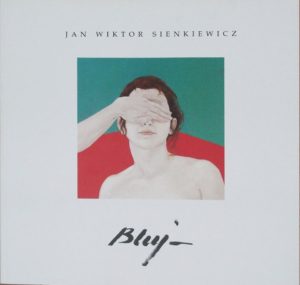 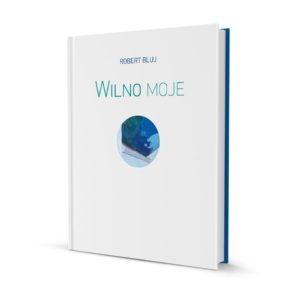 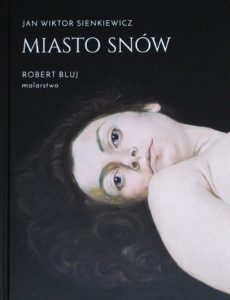 Prof. Andrzej Banachowicz
University of Arts in Poznań
Review of the artistic output and doctoral dissertation of Robert Bluj with regard to the proceedings for the conferment of the academic degree of PhD in the field of visual arts, 12 November 2013.
Robert Bluj’s attitude to the concept of realism is verified in the way he explores the painting of old masters and contemporary art. He perceives them from a different perspective of time and place, which gives him an opportunity to examine the visual sign. It is close to the ideas embedded in the works of surrealists, based in nature, realism and the subconscious. It is not without reason that Bluj finds common ground with another painter Lucian Freud. ‘By creating in a masterly way stunning canvas presenting nudes and portraits depicted in a direct manner, Freud aimed his images to be not just mere representations of models, but to become humans themselves.’ Bluj’s figurative painting is of metaphysical nature. Stretched between the realities of the profane world, it assumes a sacred dimension – a second life… a life after… It becomes a premonition of the world in which ‘people frozen amidst the fast-paced civilization – quiet and naked tell the truth about ourselves,’ just like the bodies of people from remote times, which are thoroughly embalmed. This deep and multi-layered  truth about life is analogous to Bluj’s painting technique, with its multi-layered method of saturating colour in order to create a specific, and his own unique matter of space and form. The painting quality, clarity and solidity of colour contribute to this mystery of image, man, time and space. Yet, it is everyday life that is still the starting point of painting for Bluj. His existence in the context of the above contemplation is a source of the questions about the sense of life. From the perspective of this world of silence, Bluj explains to Freud that an image should “amaze, cause anxiety, lure and convince.’ Due to the fact that Bluj approaches painting with an open, reflexive mind, his works indeed possess all the above qualities.
12.11.2013 Prof. Andrzej Banachowicz

Prof. Ryszard Sekuła
Academy of Fine Arts in Warsaw, Faculty of Painting
Opinion / Review of doctoral dissertation of Robert Bluj MA, prepared in accordance with the Act on the Academic Degrees and Academic Title, as well as the Art Degrees and Title with regard to doctoral proceedings implemented by the Faculty of Painting Council, Academy of Fine Arts, Warsaw, 15 September 2011.
“… Bluj’s paintings, despite anatomic correctness, are neither boring nor academic. They include some kind of mystery. There is also tension and almost surreal atmosphere to them. The artistic expression of the presented works is highly satisfactory. The artist’s craftsmanship and method of work can be summarized with a quotation from Georgio Vasari’s Lives of the Most Eminent Painters Sculptors and Architects: “For all artists who want to order their compositions and ideas in the proper way it is inevitable to put it on paper first, in order to see if everything fits. In order to make a good study of a nude figure and give it a final shape, it is necessary to sketch it on paper.’ Prof. P. Trzeciak in volume 5 of his World Art, in the part devoted to Dutch painting, said about R.Van der Weyden: “The painter moves away from the definitive, realistic representation towards generalization and a degree of idealization. In the images the women are as if absent, focused on their inner life, engrossed in meditation. By saturating their faces with light, the artist almost dematerializes his subjects against the dark background.” I think that the above quotations could be used to perfectly describe Bluj’s methods of work and his artistic output.
November 2013 Prof. Ryszard Sekuła

Robert Bluj’s dream about a figure
“In Robert Bluj’s painting there are two important areas. The first one is that of human figure – which is represented most often by full-figure female and male nudes and portraits – including lay people and important figures from the Roman-Catholic Church. The second subject, which gets a separate and special treatment from the artist is landscape – especially of Vilnius. The nude, as the painting subject, is definitely dominant in Bluj’s artistic work. Thus on the canvas of the Vilnius artist one can find full-figure female and male nudes frozen in static poses. They seem to be highly realistic wax figures sculpted with great subtlety, not without individual features and full of emanating vitality and life. What is striking in those commonly large-size canvas is the classic beauty and monumental form. However, the figures of people are neither idealized nor over-conceived. His models are often the inhabitants of Vilnius: actresses, literary and artistic people, and the painter’s wife.”
“Female and male nudes from under Bluj’s brush are devoid of any provocative climate of erotic or homoerotic paintings. However, it often occurs that unconventional poses on flat surfaces, highly contrastive to human body, strengthen the perception of human figure, which is often posed in an unconventional way – motionless as if from a camera’s snapshot and enclosed in the space directed by the artists. The figure is dominant in the picture.”
“Without doubt, in the figurative and simultaneously minimalist painting of the artist from Vilnius one can discern numerous reminiscences and inspirations derived from both the experience of contemporary trends in European painting, as well as the rich heritage of the great masters from the renaissance, especially Michelangelo, and, moving further, from the artistic output and manner of Caravaggio, De La Tour, Balthus and Lucian Freud.”

Academic masters
“Robert Bluj started his academic education in Marian Czapla’s studio. Next, he gained practical experience and training in the studios of Rajmund Ziemski, Wiesław Szamborski, Edward Tarkowski. Thanks to those teachers, the young artist was able to master the nuances of colour temperature and learn the skill of building the image with colour. The form of Bluj’s paintings in comparison to the pre-academic period of his career became deeper, clearer, cleaner and more sublime. In the following years, the artist was systematically rejecting unimportant decorativeness and overload of his canvas and cardboard.”

Female model and male model
The poses of human figure used by Bluj, both female and male, are close to the compositions of great European renaissance masters, well known in the history of art. The Polish artist combines in them linearity, delicacy and evanescence of slender nudes, both female and male, by the German master of renaissance painting Lucas Cranach together with the sensual, lively and erotic sculpture-like nudes by Michelangelo, rooted in the ancient Greece and Rome. Bluj focuses his attention on spatial sculpting of the model of human body, often (though not always) of perfect proportions. Still, it is worth emphasizing that female and male nudes by Bluj are closer to the ideal of beauty of slender bodily proportions painted by Cranach, rather than almost baroque, sculpture-like figures created by Michelangelo.

Vilnius – the city of my dreams
In Bluj’s paintings Vilnius is primarily presented as mysterious – but this is due to a different artistic vision, than in the case of other artists. Fragments of Vilnius architecture show the city without people. The urban space is almost sterile, idealized – to the point of being non-realistic. The silence which pervades in those scenes becomes almost unbearable and disturbing – it demands an answer to the question – where is man? Perhaps the man can be found in the figurative paintings by Bluj, where, even though there exists a certain space, it is not specifically connected with Vilnius. This space is symbolic, open, implicit, multi-faceted and disturbing. However, the “dream about Vilnius” includes scenes which are much “warmer”, realistic, close in their character and climate to the “intimate” landscapes of Stanisławski. In works such as “Motif with flowers” of 2004, “My father’s house” of 2003, “Little Jerusalem. Winter motif with the Church of the Discovery of the Holy Cross” of 2014 or the representations of the Gate of Dawn, entitled “Spring motif with the Gate of Dawn” of 2015 – we can find Bluj’s Vilnius to be not from his dreams, but from everyday reality. This Vilnius is tangible and concrete – with a climate steeped in history and beauty of an architectural detail, but also with the simplicity of a modest, wooden, summer house located near Vilnius and built by the artist’s father.
Quoted  after: Jan Wiktor Sienkiewicz, Bluj. Przestrzeń i figura [Bluj. Space and figure], Vilnius 2012, pp. 94, il. 80, ISBN 978-609-95181-7-6.